This is actually surprisingly straightforward, once you know the hoops to jump through.

Essentially there are 4 main things we need to do:

So let’s take a look at those, one by one…

Currently you need to be a registered developer. Provided you are, you can download the beta from Apple’s website (this redeems a coupon inside the App Store, so you need to be on a Mac to start the download).

This section is all command-line stuff, so go fire up Terminal.app. (Warning: you’ll need at least 15GB of disk space free to deal with this next section safely… more if you don’t clean up the two temporary images we build along the way)

First up we want to install the iesd Rubygem which provides a nice way to deal with Apple’s InstallESD.dmg files:

Now we want to use that iesd tool to build a bootable image from the installer we downloaded from the App Store:

Okay, so that’s built us a read-only (DMG format) bootable image for the installer. At the moment, though, that’s missing the copy of OS X that it actually needs to go and install into your VM. To fix that we need to get a read-write (sparse image format) copy of the image:

And now we want to mount the disk image so we can add some files into it:

We also want to mount the InstallESD.dmg file from inside the installer we downloaded from the App Store, as it has some files we’ll need to copy over:

Now we want to copy the files from the Install ESD into the writable image we made:

Now we want to eject both of those:

And now we need to get it back into that read-only DMG format:

And let’s throw away the read-write version to free up disk space:

Okay, now comes the moment of truth: boot the Virtual Machine and you should be presented with a white Apple logo on a black background for a few minutes, followed by the El Capitan installer.

Credit where credit’s due…

This post was originally inspred by this post by TheBressman on Reddit, however that was missing some steps, so I filled in the gaps with info from this blog post by Jacob Tomlinson. Thanks! 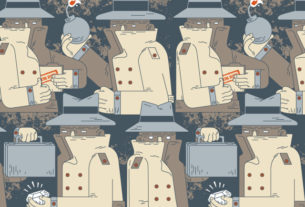 The “Snooper’s Charter” is back, despite being illegal